I thought the kelpies between the BBC and the Science Centre deserved another attempt. I was happy with the last shot of them...for a while. But it didn't have any staying power. So here's a version with very different light. 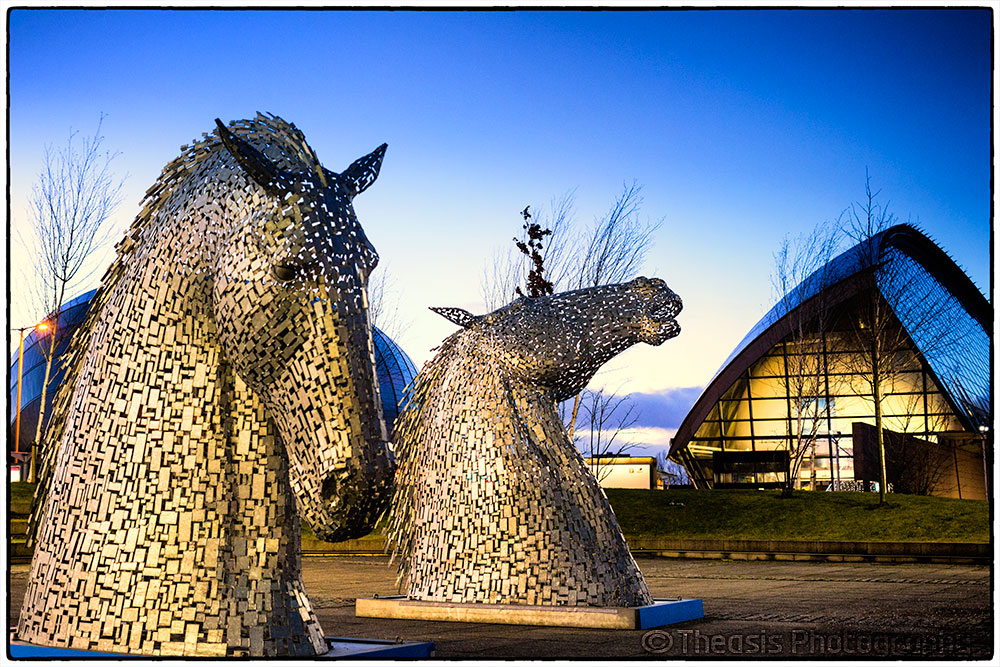 The sun's just set behind the IMAX dome, and the BBC studios behind me are giving a contrasting light to the near side. I like the way the Science Centre looks. I wish there weren't trees growing out of the far kelpie's head! I don't want to shift left or right, but maybe getting right down would've given a better angle (but I'm not sure that that wouldn't make the near kelpie look awkward). Maybe it needs another attempt. Maybe I should take my own light next time.
Posted by Unknown at 19:38