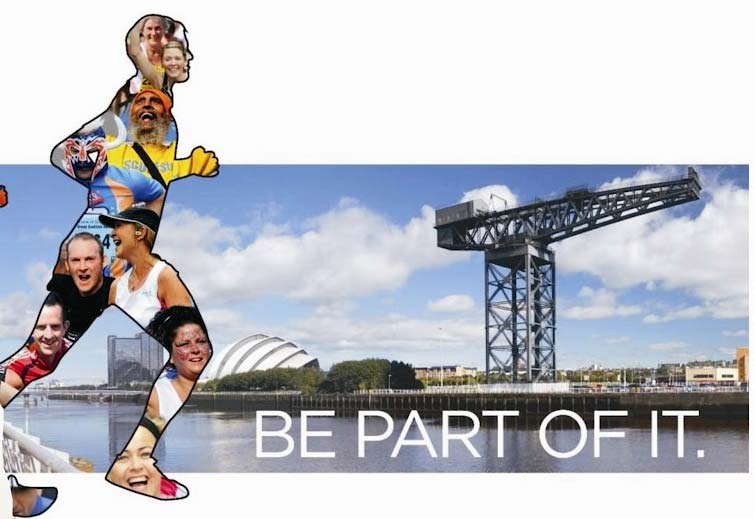 And that was fun - it was really nice to see one of my pictures all over the place. It didn't get used this year, and probably won't ever be used again, because the Scottish Hydro Arena has since been built there and so, as an illustration of the local landmarks, it's horribly out of date.

This year I thought I'd shoot some pictures of the runners.
Here's Haile Gebrselassie as he ran past me, leading the race: 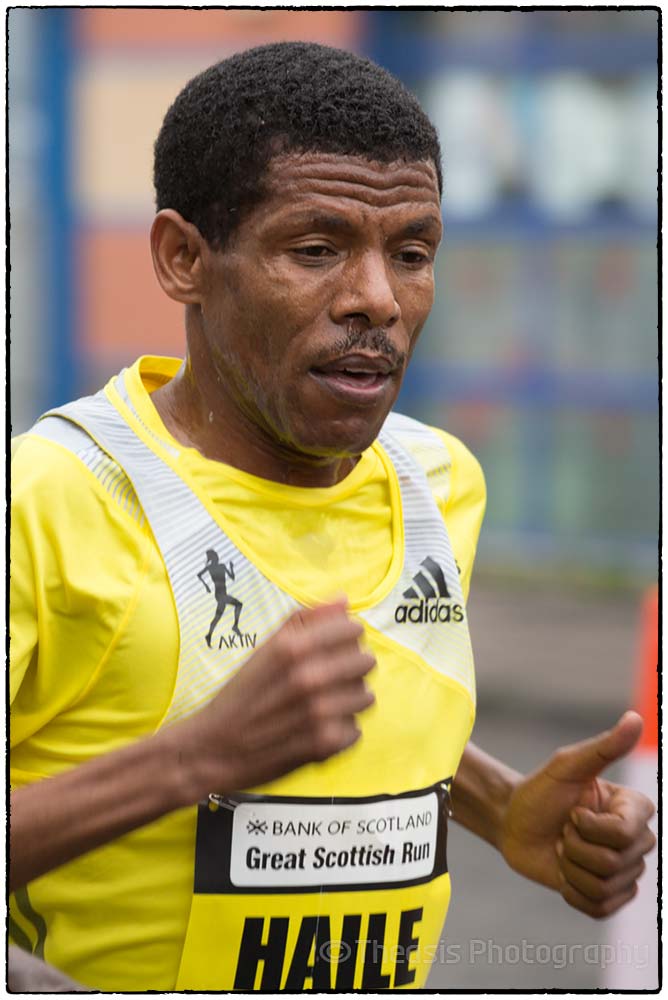 A couple of minutes later I got a text from a pal who was watching the race on TV, letting me know that he'd seen and recognised me. The truth is, I wasn't very hard to pick out from the crowds of spectators.
Here's Haile Gebrselassie as he ran past me, leading the race, as seen by the BBC: 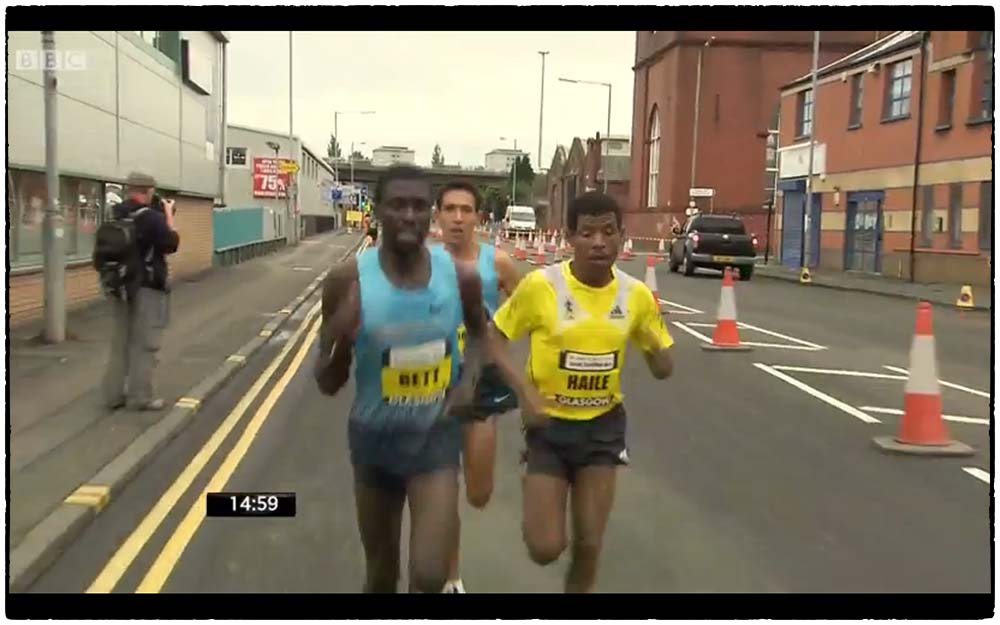 I always knew it was only a matter of time before I was a big TV star!
Posted by Unknown at 20:04