I had use of a car over New Year and had vague plans to work on a long-term photo project which would've meant long drives north and lots of hiking and camping. As we got later into December and as the wind and rain didn't show much sign of letting up, this seemed like less and less of a good idea.
In the end, I didn't go far from Glasgow. But I did get a few outings to local places that are new to me (like the Campsie Glen falls) and revisited some old haunts.
New Year's Eve had the chance of some breaks in the weather. I'd a mind to head up Beinn Dubh near Luss to continue a series of pictures I've been doing there for the last few years, but as I was between Dumbarton and Helensburgh I got the urge to try to find the Carman Muir long cairn that I'd  shot in 2000. That time I'd been using medium format infrared film and really enjoyed the character of the place.
A few years ago I'd tried to go back, but couldn't remember just where it was. This time I found it easily. The ground was a lot boggier, the wonderfully characterful dead tree had been blown down in the storms, but the weather cleared for 60 minutes or so, almost until sunset, and the views over the Clyde were even better than I remembered.
I could just imagine some local tribal chief, 5000 years ago in the neolithic period, saying: Yeah - this'll do - bury me here! 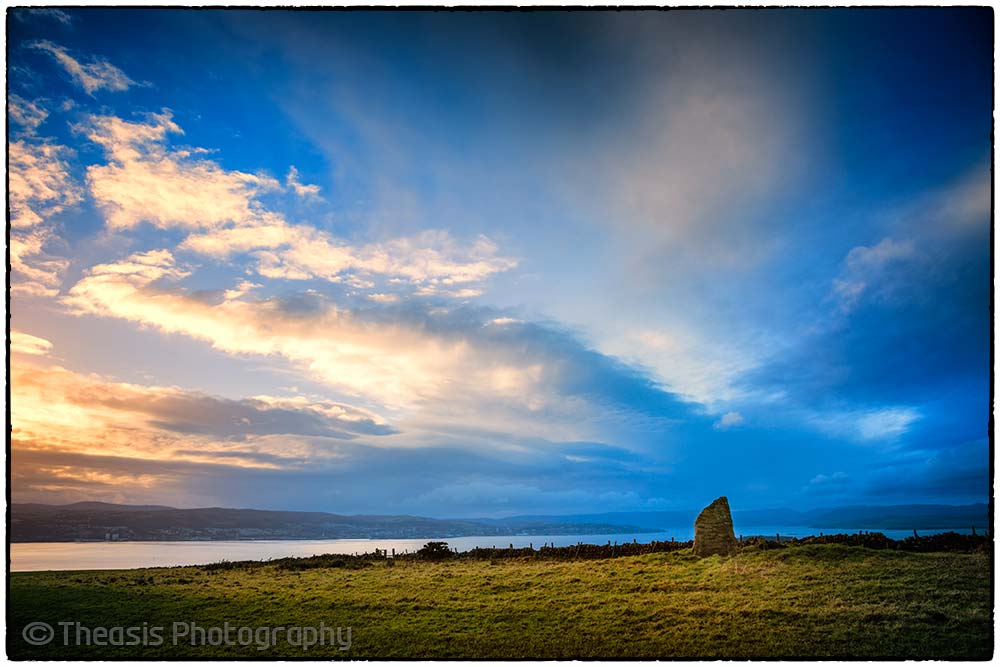 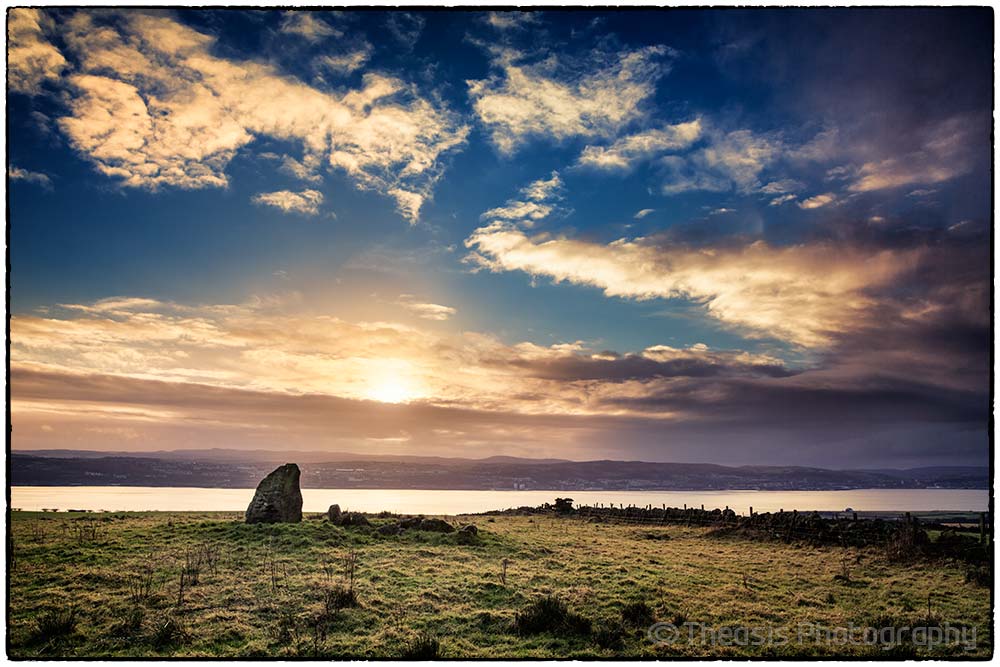 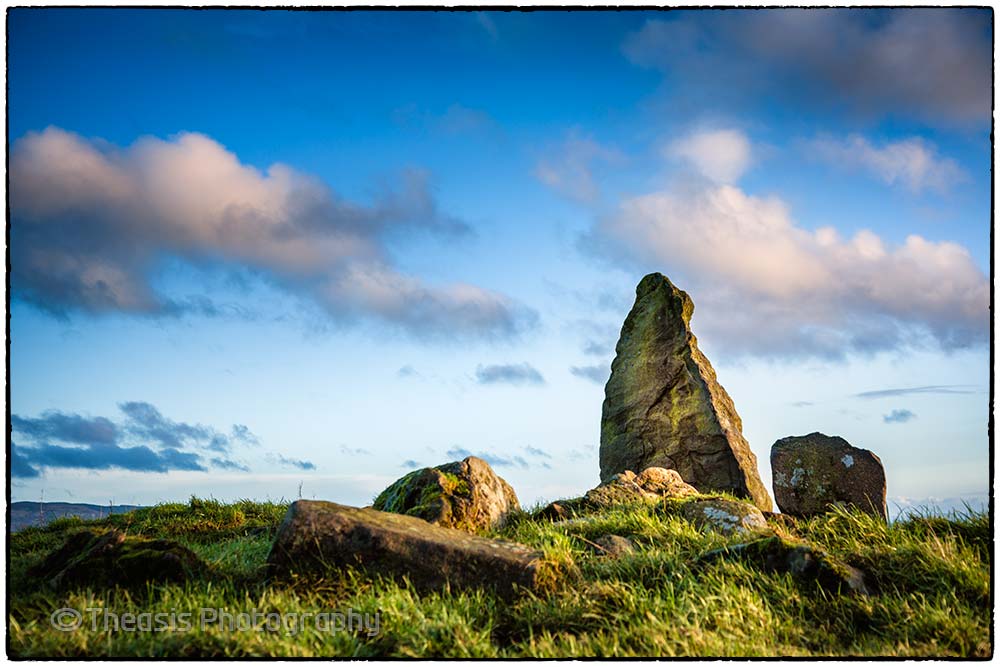 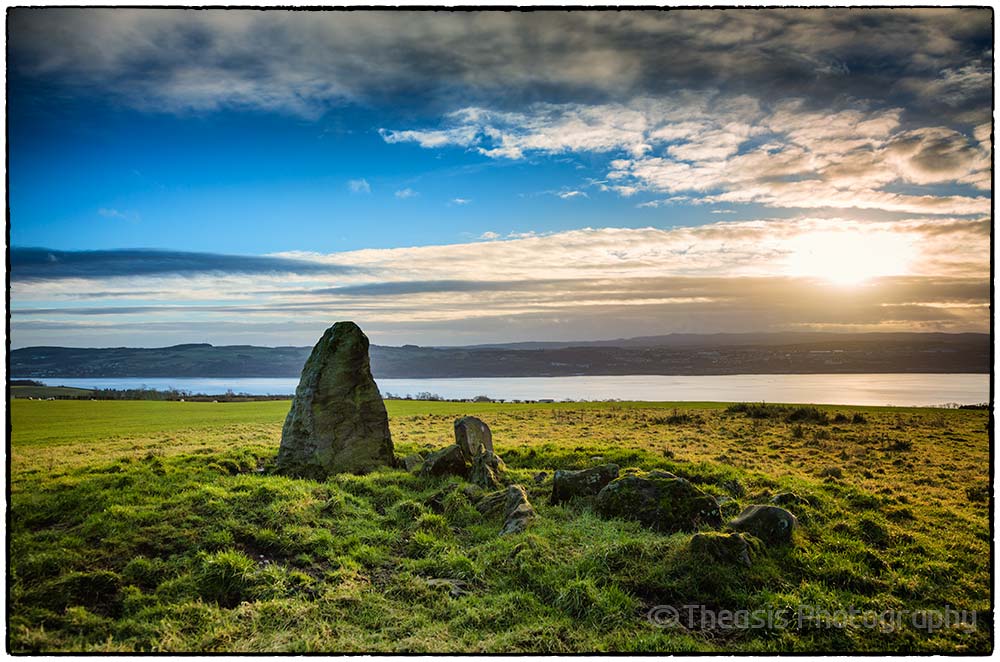 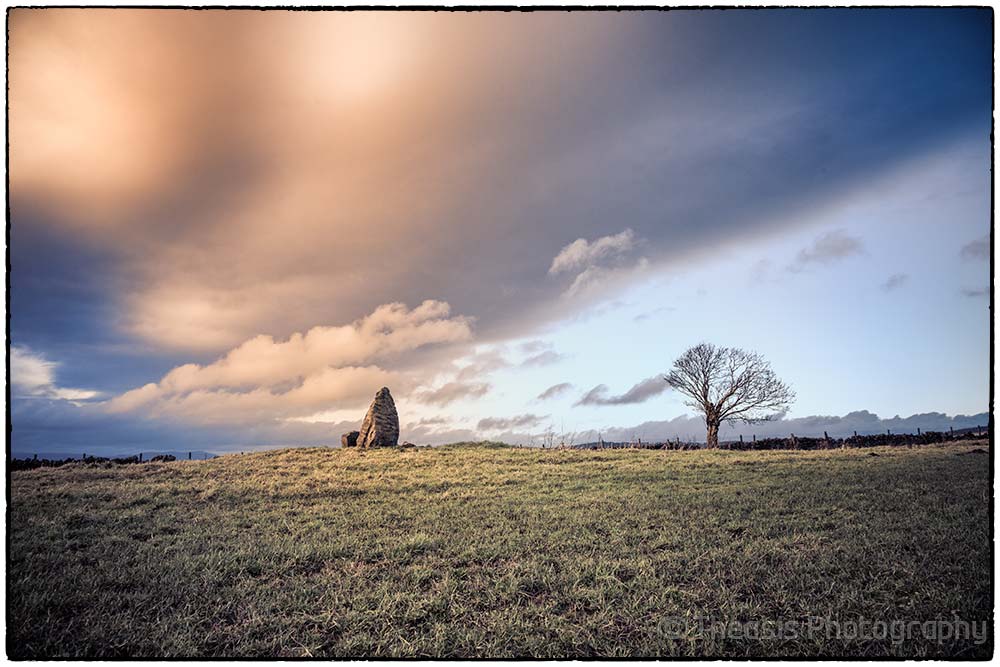 There are plenty of other stony mounds and lumps and bumps around there. I need to look into whether they're the remains of old buildings, or whether they're just field clearance cairns, or whether there are a series of prehistoric burials here. There's also an iron age hill fort just a mile from there. More things to explore another time!
Posted by Unknown at 19:11