I've talked before about the scale models of the kelpies that were outside the Science Centre in Glasgow.

Yesterday a friend was taking a trip to photograph the recently-completed real sculptures near Falkirk at sunrise and I went along.

I met Neil just before 7 and we exchanged coffees - I'd roasted and brewed some Nicaraguan beans for iced coffee and Neil had picked up some hot coffees on the way over.

It was fortunate that we'd given plenty of time for travel, because the traffic was already bad and the rain lashed down all the way to Cumbernauld. And there we had the first hint of better things to come. Andy Scott created the Kelpies. He's created various other public artworks around Scotland, one of which is the Arria statue at Cumbernauld. As we passed her, I pointed out a hint of broken cloud over to the east. I confess I was mostly just trying to sound positive, but any hope is worth hanging on to.

We drove by Falkirk and the rain stopped!

When we got to where we believed the Kelpies would be, it was clearly still a construction site and the car park was fenced off with temporary security fencing. Oops! So we abandoned the car in a nearby industrial estate and set out on foot. The sky was still mostly grey, but there was no rain and ... could that be a hint of colour glowing through from the east?

Down the canal towpath, round the corner, and ... wow! They're huge! 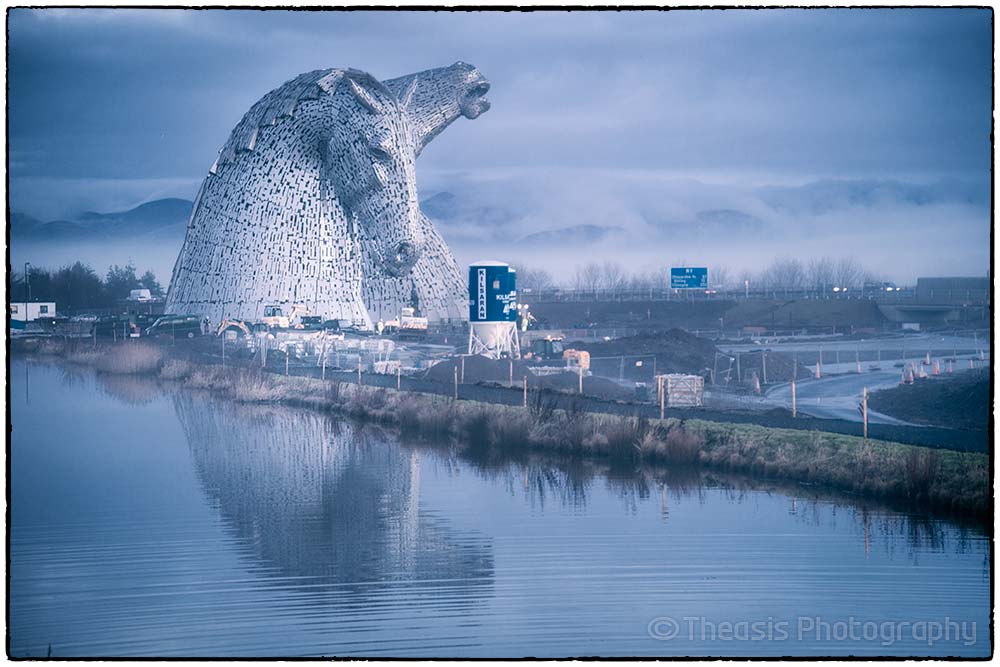 Even with all the construction for the Helix park going on around them, we were massively impressed with them. 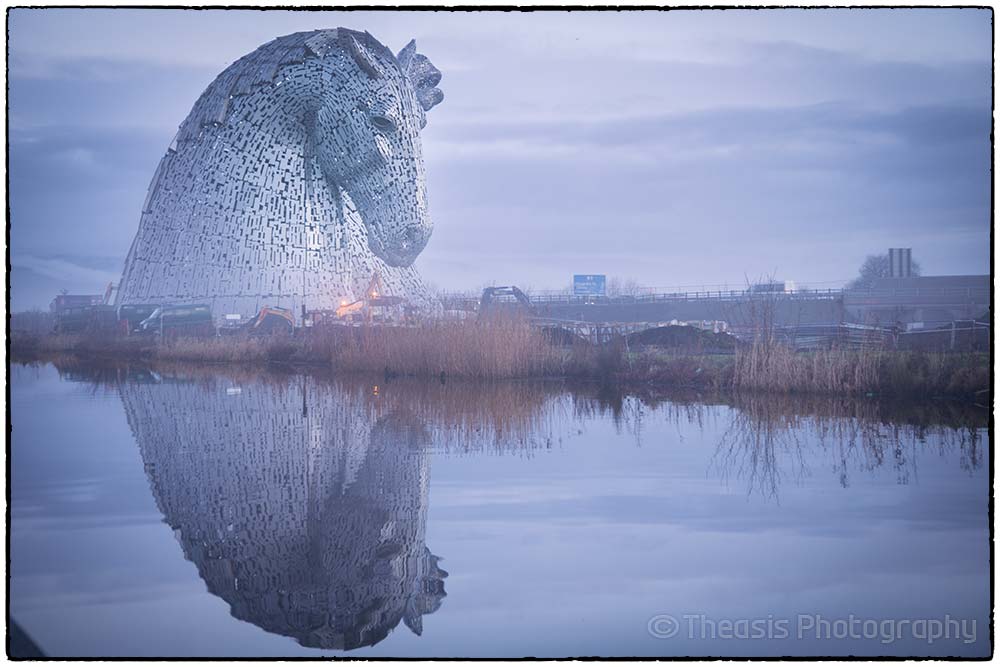 At least, we thought we were impressed. But then the sun rose. 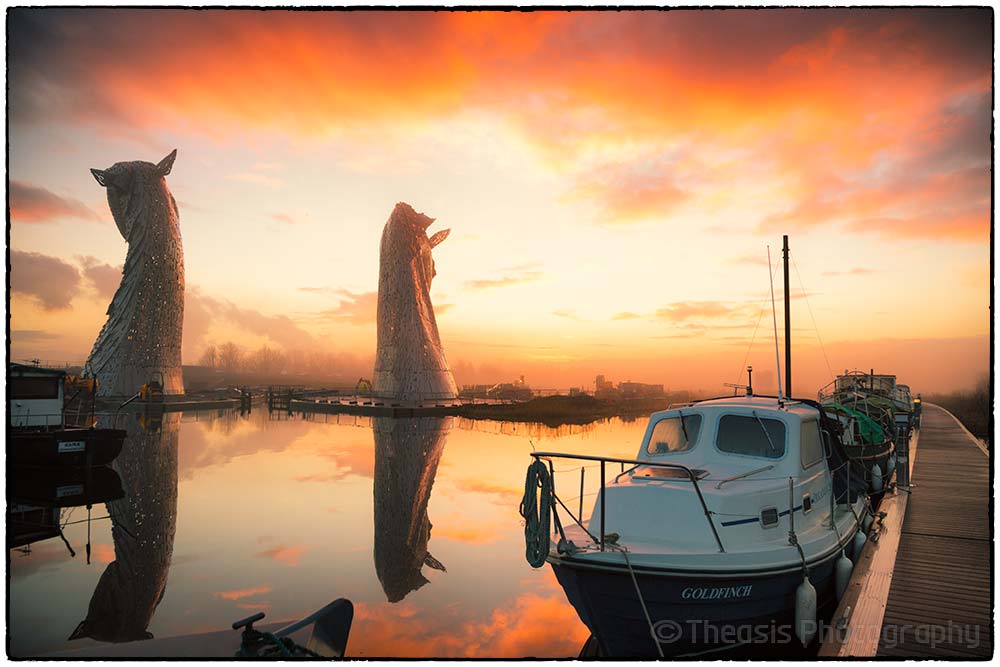 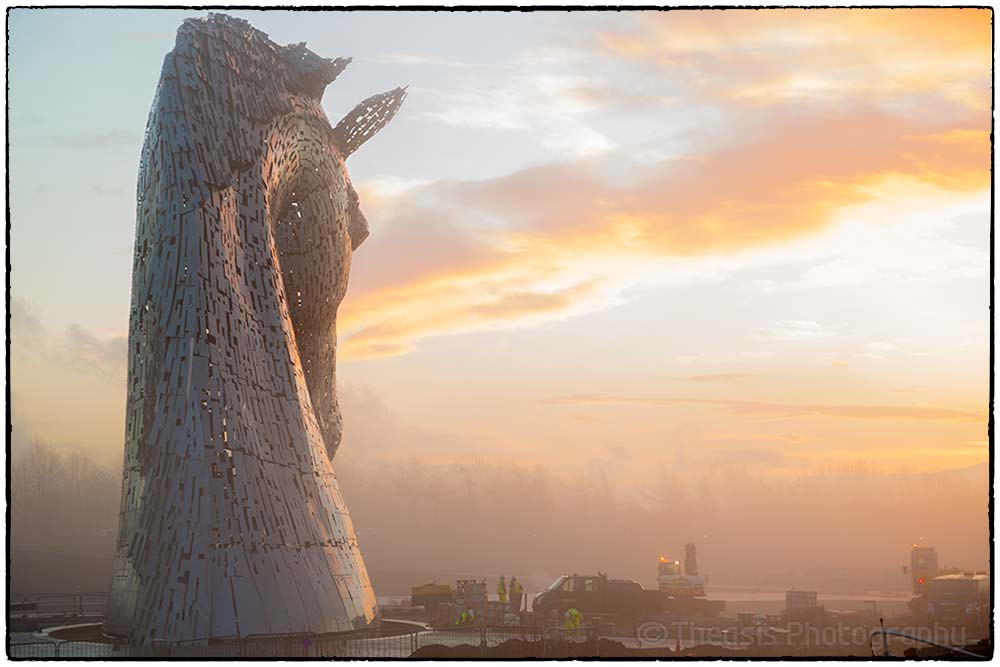 Something this big in the landscape could've been horrible. I thought they were gorgeous. 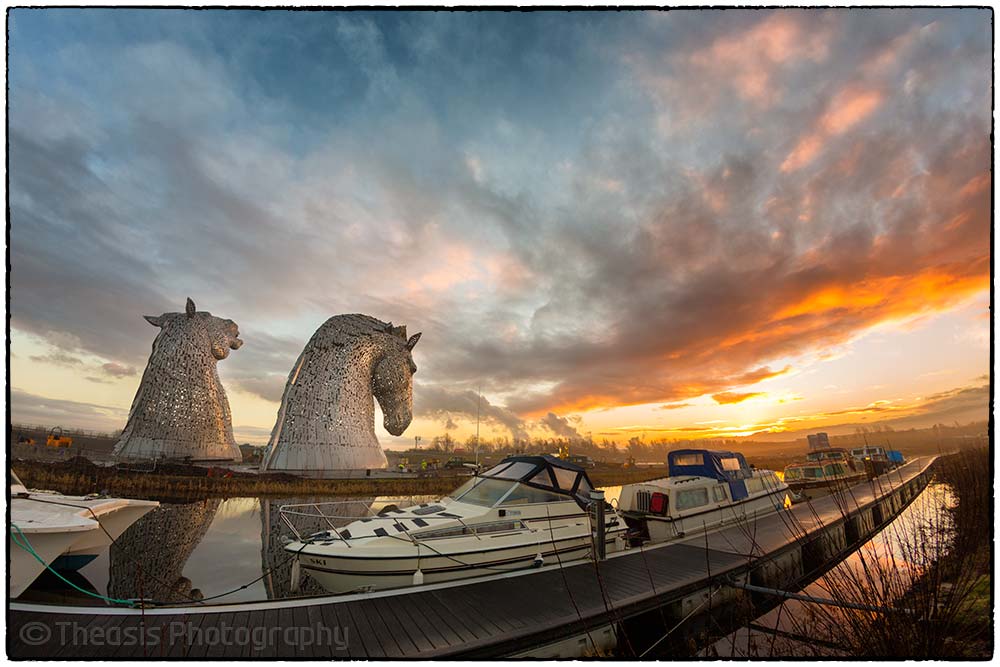 Strangely they started to seem smaller the longer we looked at them from across the canal. And yet from a distance they seemed to be an even larger presence in the landscape. 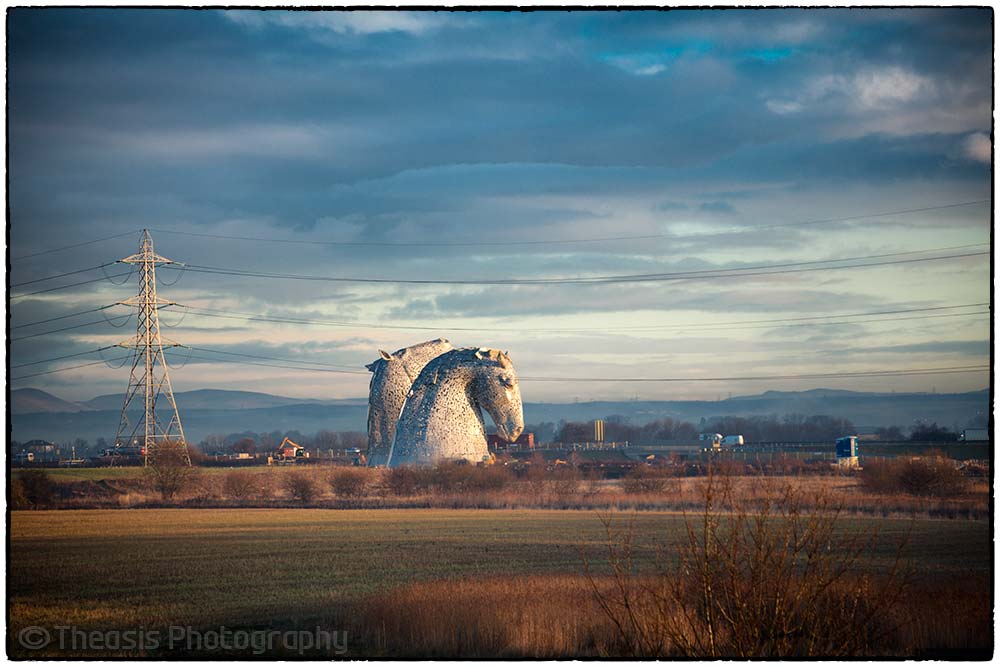