A trip down to Northumberland was a big part of my plans for the week of New Year. I think I've been into Northumberland thrice in my life - each time visiting sites along Hadrian's Wall in the west part of the county. This time I'd intended to camp (in a tent if possible, in the car if the weather insisted) and spend a lot of time making photos at dusk and dawn. Then with the storms I just abandoned the idea altogether. That's an adventure for another time.

But I still was in the mood for a trip down to northern England. I had a vague plan to do a circuit of a few stone circles through the day. I've previously had a couple of photo trips to Long Meg and Her Daughters, and a group of stone circles up on Eskdale Moor. This time I was going to start at Castlerigg, near Keswick, and...well...the rain came down hard and that's as far as I got.

I visited Castlerigg once before - Christmas Eve 2000, a brief call on my drive back to Glasgow from Manchester. I shot a roll of colour film and a roll of FP4, and came home with a bunch of terrible pictures.

Even if I didn't get any good pictures this time - and the weather was looking pretty grim! - I hoped to at least do better than that.

Both times I've been to Castlerigg, it's been busy. The stones are in a field off a narrow twisty road, but there's lots of parking and it's a 2-minute flat walk from the car. So doesn't need a whole lot of commitment to get there. It's also set in a fantastic location! A flattened slope in a huge natural amphitheatre surrounded by the Cumbrian mountains.

Whilst I was standing around, waiting for a squally shower to pass, I overheard a grumpy man with a camera complaining to his companion about the weather, about the light, about there being so many people, and how "they're all taking pictures!" (Remember, he had a camera too). He shot a few snaps then trudged back to their car. Possibly not inspired and uplifted by the experience.

Thirty minutes later, there was a spell of nice-ish light. And I had the place to myself! 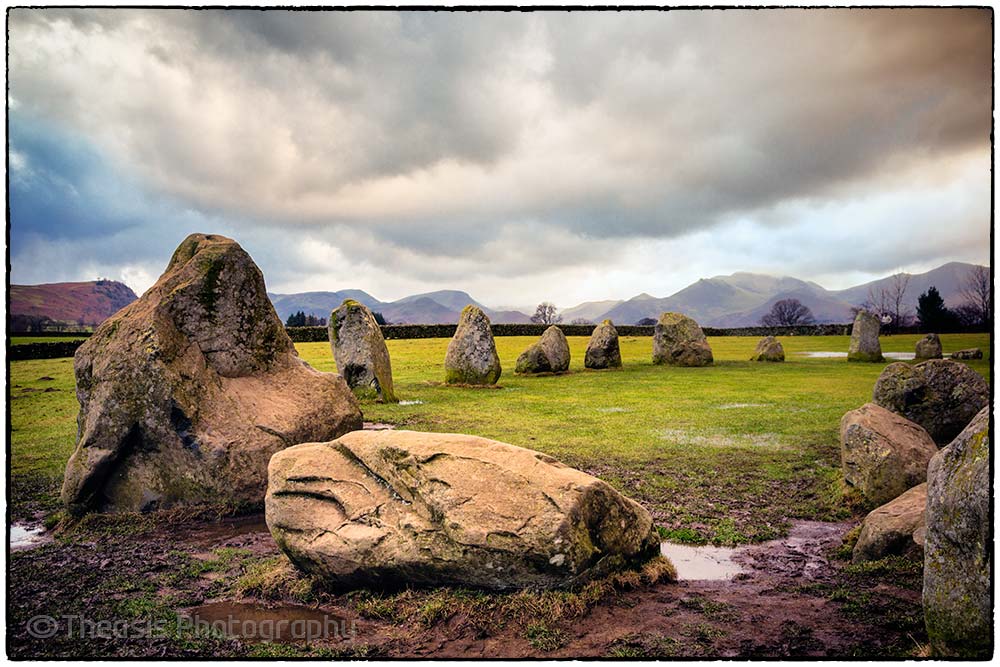 I guess the lesson for the day was: don't be in a hurry. 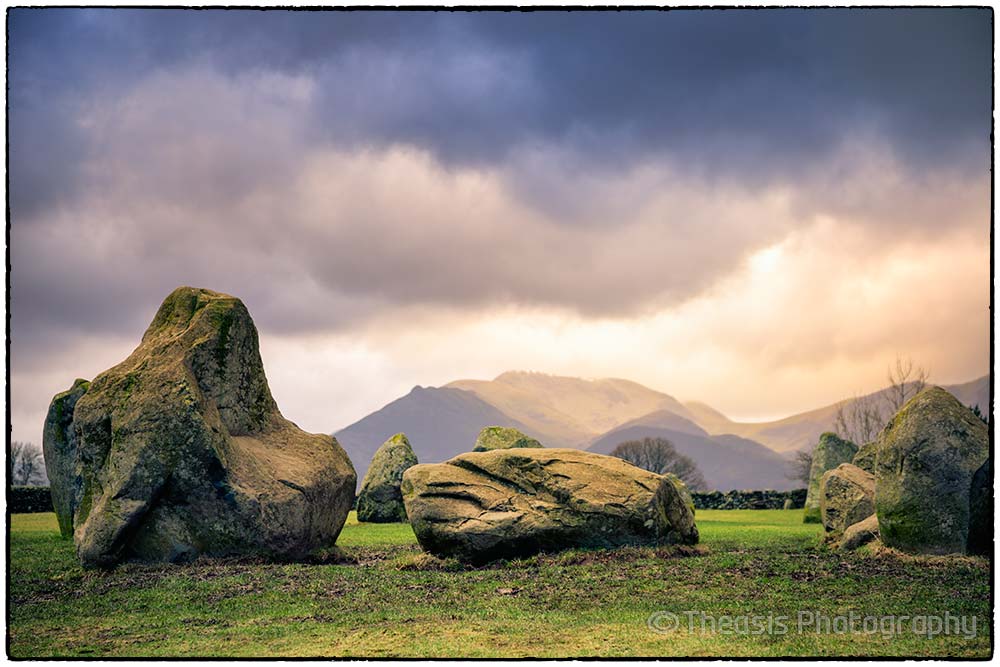 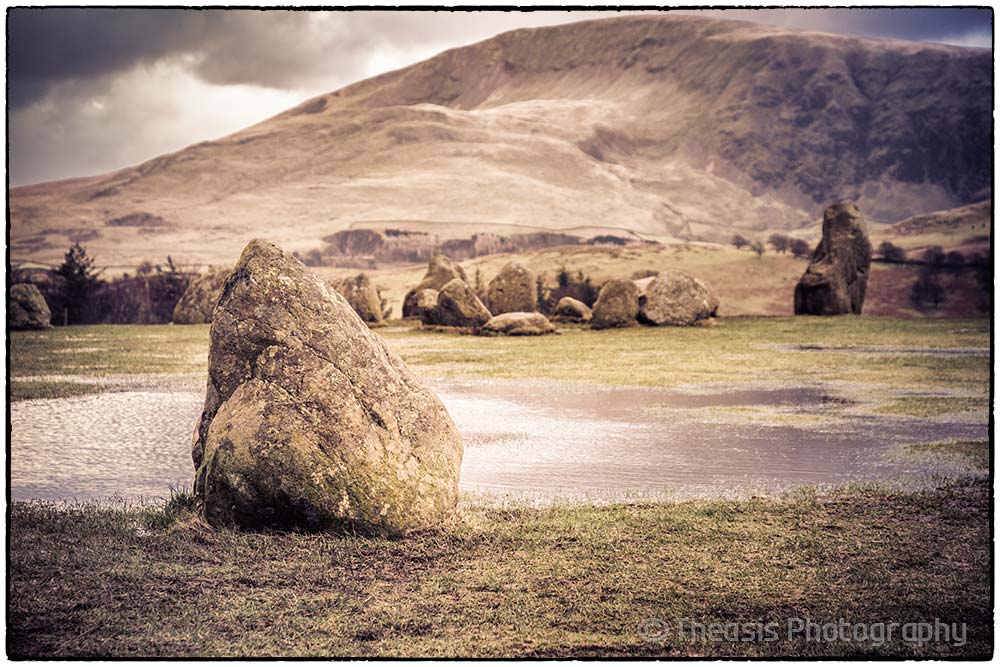